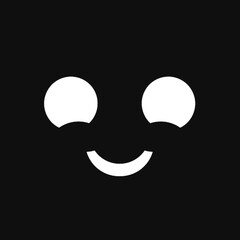 I'm an all-rounder game dev. I can do a bit of everything. I can do 2D concept art, 3D modelling (Both hard-surface and Organic), Texturing, Rigging, music, voice acting, coding, still working on the animating part, but i'm getting there. I always do.

I worked for a while with Team Psykskallar (Creators of Cry of Fear), doing 3D work for an undisclosed project (Primarily monsters and a few weapons), then went on to work with Keep Away from Fire, one of the teams working on a videogame based upon Marc Laidlaw's "Epistle 3". named Boreal Alyph. Doing 3D modelling work and concept art.
Afterwards I went on to work with DEVBEEF on the full release of the sourcemod "Watching Paint Dry" and the subsequent development of their newest game "Title Pending". In this team i did 2D work (Concepts and logos), 3D work (Props and characters), Music, voice acting, texturing and coding.

Other info about me:
-I am fluent in both English and Spanish. and speak intermediate French.
-I'm completely self-taught, and will learn anything needed
-I'm also a professional singer
-I make a killer french vanilla capuccino
-I regret nothing